Distinguished alumna Edwidge Danticat '90 returns to campus to share her new book, Create Dangerously, and to discuss what inspires her and drives her storytelling.

On October 21st, Barnard College welcomed acclaimed author Edwidge Danticat ’90 as the Africana Studies Program’s first speaker of its Distinguished Alumnae Series, which aims to showcase graduates who engage in Africana studies beyond their time at Barnard. Danticat, whose work as a novelist and poet was honored with a MacArthur Genius Grant in 2009, returned to campus to discuss her most recent book, Create Dangerously: The Immigrant Artist at Work, and to continue a conversation started over 20 years ago with Quandra Prettyman, then a senior lecturer in Barnard's English department. Prettyman was Danticat's first-year seminar professor and remains a mentor to this day.

Danticat opened the lecture by welcoming the audience with the traditional Haitian greeting, “ole,” or “respect.” She described the experience of walking across campus after so many years. “I felt like I was going to meet the person I used to be, and we’d say hello,” she said.

She read a short passage from a story she wrote while at Barnard, a touching tale of an immigrant mother desperately wanting to tell her children a story.  The tale reflected Danticat’s sentiment that her best writing teachers were the storytellers from her childhood in Haiti and Brooklyn – ironically, many of these people, “who carry their stories like treasures inside of them,” were illiterate.

The essays in Create Dangerously focus on art and exile, and ways that artwork and stories can uncover truth and strike back against oppression. “Every act of creation is a kind of risk,” she told the audience. “One thing you learn when you become a writer is that no story is just your own.”

To further this point, Danticat shared a chilling tale from her book about how Haitian photojournalist Daniel Morel came into his art when, as a 13-year-old on a school trip in 1964, he witnessed the execution of two guerilla soldiers by François Duvalier’s regime.  Despite his fear, he snapped a photo, which ended up plastered around Haiti by Duvalier, in an attempt to use the soldiers as scapegoats and instill fear in other dissenters. Morel realized then that his photographs had the power to tell stories often hidden from the public. Photography, Morel says, is his effort to shield himself from fear, and acts as a reminder that sooner or later the subjects will no longer exist, while their photograph are like a resurrection, a reminder of their bravery and life. In reflecting upon this story, Danticat stressed that:

“To create dangerously is to create fearlessly, boldly embracing the public and private terrors that would silence us, then bravely moving forward even when it feels as though we are chasing or being chased by ghosts.”

After the lecture, she and Professor Prettyman sat onstage together and resumed a dialogue from the first-year seminar classroom where they first met. “She wrote that she aspired to write as well as Shakespeare and Voltaire,” Prettyman said, recalling Danticat’s first essay in her class.  She had not really intended to become a writer, Danticat admitted, and in fact contemplated medical school – her father’s dream for her – but found herself seeking out classes that would enable her to read as much as possible. She now writes for the young girl she was while attending Barnard. “I want to create a library for the next generation,” she said.

For an audience of aspiring writers, she’s already done that – during the Q&A portion of the event, a Barnard sophomore said that she had read Danticat’s novel Krik? Krak! in her own first-year seminar.  “When you were here, did you ever imagine that your work would be read in first-year seminars?”

Laughing, Danticat said no, but recalled seeing a campus display of books by alumnae while she was a student. “I would stand in front of the box in Milbank showing alumnae authors, imagining my book would be right next to the works of Zora Neale Hurston ’28…I just wanted to get in that box!”

Another student asked, “What advice would you give to an aspiring writer?”

Read an article about this event in the New York Amsterdam News. 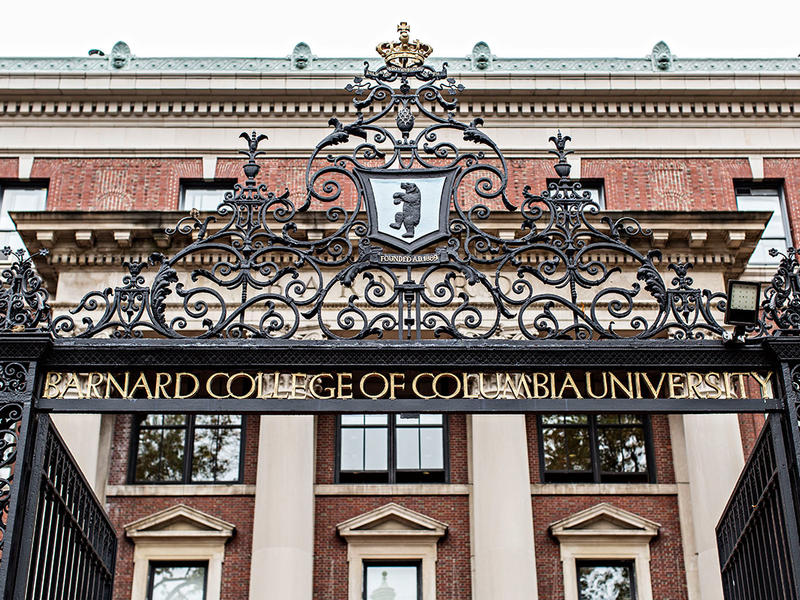 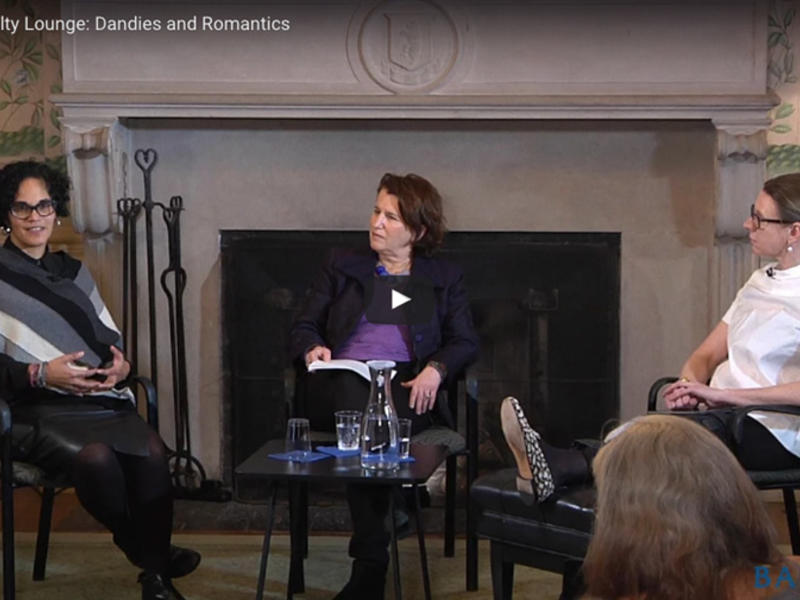 From the Faculty Lounge: Dandies and Romantics