Break This Down: Africana Studies Chair Yvette Christiansë on the 400th anniversary of the American slave trade

In recognition of the 400th anniversary of the American slave trade, officially recognized as August 1619, the complicated history that followed is unpacked. 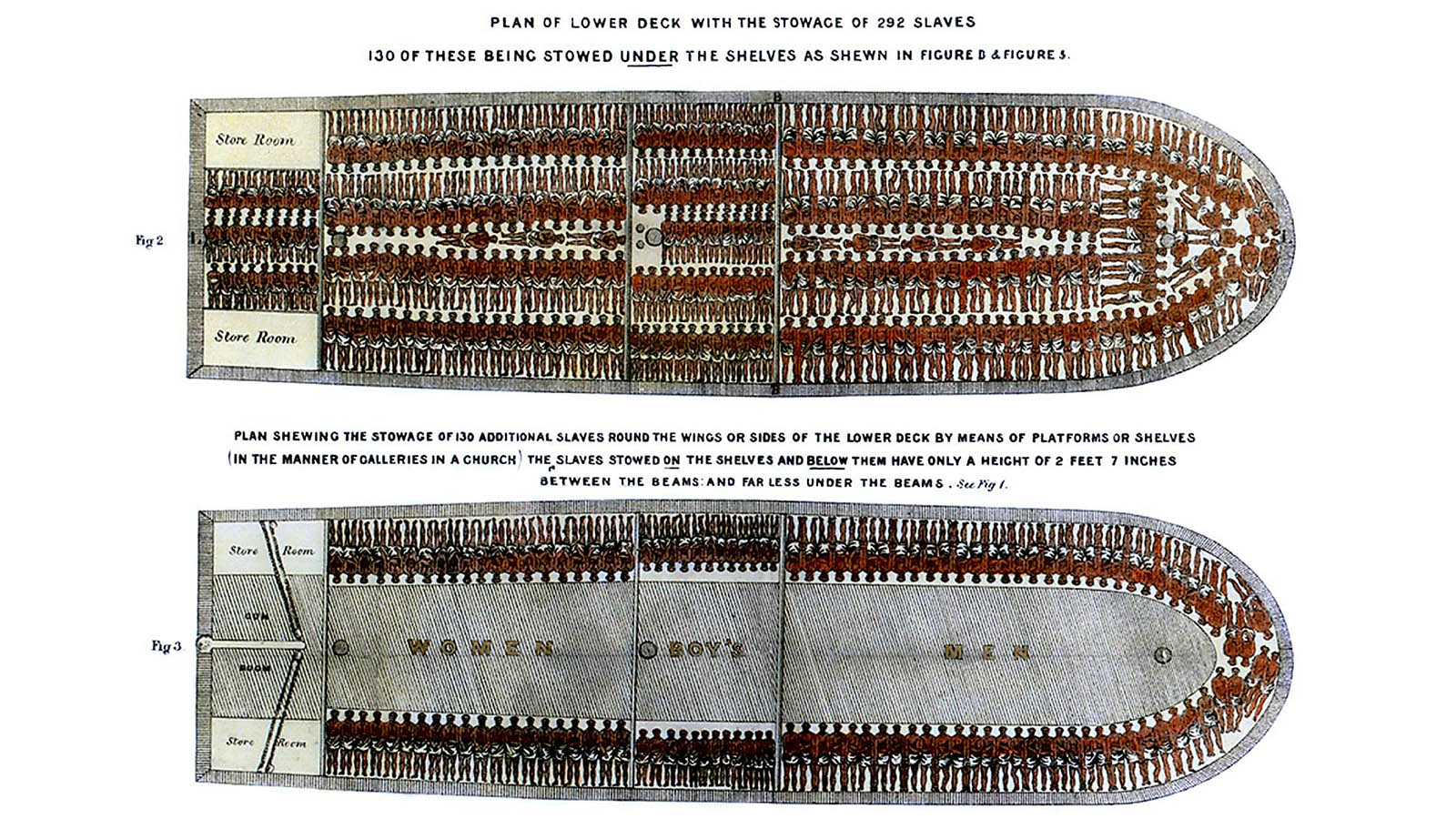 In August 1619, “some 20 and odd” Africans who had been kidnapped from what is present-day Angola arrived at the English New World colony in Point Comfort, now known as Hampton, Virginia. Less than a year later, colonists recorded that 32 Africans were living in Virginia. They became the first of hundreds of thousands who were forced to endure slavery in colonial America. 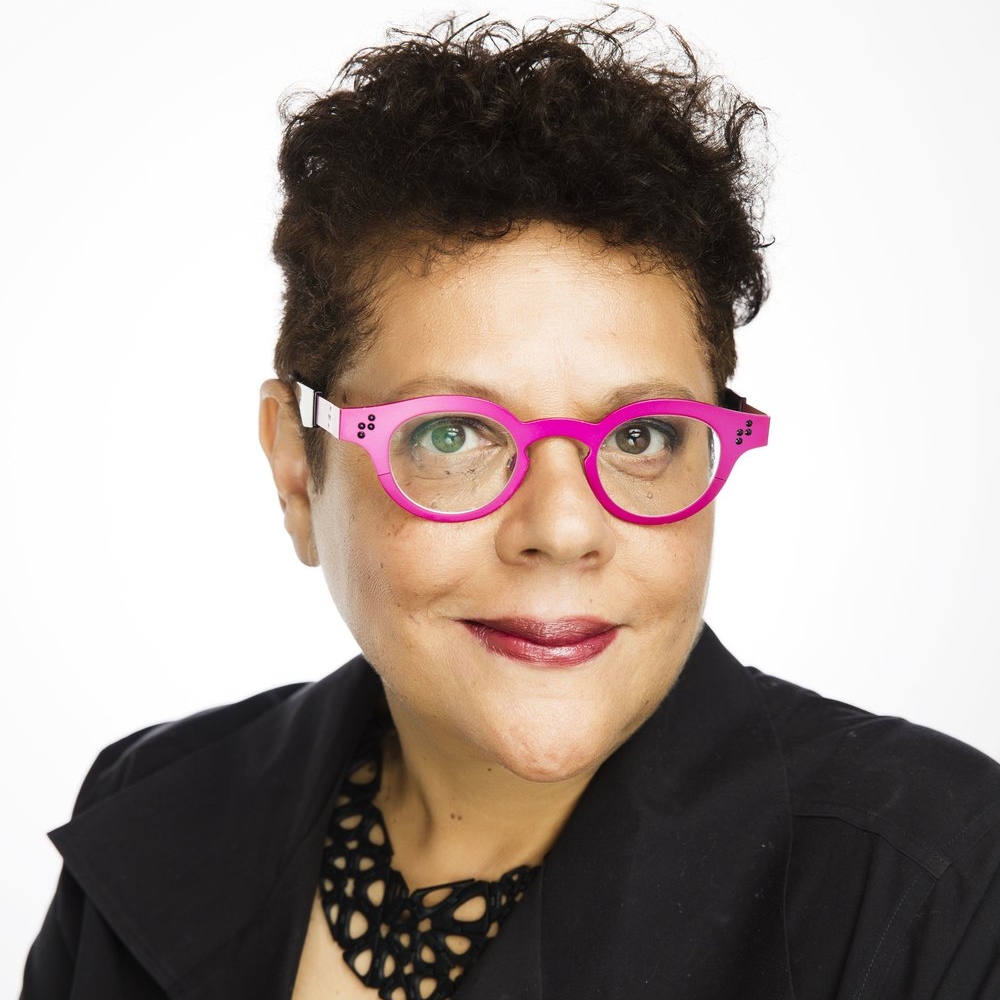 Barnard has had its own complicated history. On one side, its namesake, former Columbia University president Frederick A.P. Barnard, was himself a slave owner; on the other, notable alumna Zora Neale Hurston ’28 posthumously published Barracoon, a detailed story of Cudjo Lewis (circa 1840-1935) — born Oluale Kossola — who was aboard the last known slave ship to come to the United States.

While the official practice of American slavery was abolished when the Thirteenth Amendment was ratified on December 6, 1865, just 154 years ago, its effects were far-reaching and persist today. In this Break This Down, Yvette Christiansë — chair of Africana Studies and professor of English, who has spent nearly 30 years researching the abolishment of slavery in America and Europe and its impact on the freed Africans from 1807 to 1900 —  discusses the importance of the anniversary and the complicated legacy of American slavery.

What should we know about American slavery and the significance of August 1619?

I am interested in the robust investment in 1619. This date refers to the British settlement of Virginia. Spain had already established La Florida. In May 1537, the Spanish crown promised Governor de Soto 50 black slaves (one-third of whom would be women). They were taken from Spain, Portugal, and Cabo Verde — most captive Africans were taken to Spain and Portugal before being sent across the Atlantic. And who was or could be a slave was relatively fluid. Three slaves belonging to de Soto’s wife were white women. And we know, too, that Powhatans captured by British settlers were described as slaves. Toni Morrison’s novel A Mercy retells this fluid state and at least one example of how the “face” of American slavery began to settle upon Africans and “blackness” in general. It is therefore critical to see 1619 in the context of European colonization of the Americas and Caribbean and to track the progression of the closed horizon of possibility for Africans.

1619 is significant for what it meant for those Africans who landed at Jamestown (Point Comfort). Some historians have argued that it is difficult to know what their status was, but the argument that they were enslaved rests upon a letter in which John Smith remarked that “20 and odd Negroes” were “bought” by the governor. The fact that they were actually traded to the settler’s governor in exchange for food is perhaps the act that gives 1619 its place in America’s history. Those “some 20 and odd” Africans arrived as tradeable and not as settlers. By 1680, Africans were being trafficked directly from Africa and became part of moveable and inheritable property in Virginia. This was certainly the case in one instance in which Africans from present-day Nigeria were bequeathed to two sons, along with the father’s other possessions.

What must it have been like for those Africans who landed in 1619? They were doubly captive. Captured and carried into an already established slave trade out of Angola, they were pirated from a Portuguese slaver in the service of the Spanish crown, only to be deposited in the British colony that had seen 12 years of violent contest between the settlers desiring Powhatan land and Powhatan resistance to such desires.

The significance of 1619 derives from the future of increasing slavery in the American colonies that would unfold over the next 246 years. It is also important to understand that these slaves were brought in to solve a crisis in a context where the British colonists had proved to be incapable of surviving on their own. From the beginning, the slaves were intrinsic to the survival of the emerging American state.

How does the legacy of slavery still manifest in the U.S. today, 400 years later?

When President Obama was elected president, many people said that the legacies of slavery were being put to rest. Slavery was nevertheless invoked then and still is by remarks that he is not a descendant of enslaved Africans in America. Whatever the logic of this distinction, questions of legitimacy and illegitimacy lurk in proximity to slaving history.

The contradiction in questions and claims about Obama’s citizenship is instructive. In spaces like ours at Barnard, we can say we are committed to progress and constant self-examination. We have students who not only expect this but demand it of us. At the same time, we are in a time of regression nationally and globally. Rather than progress on the question of race, slavery’s legacies are visible everywhere: in higher rates of poverty, maternal death, indebtedness, and incarceration among African Americans; in lower rates of education, lower pay rates, and fewer job opportunities for African Americans; in higher rates of crime within African American communities and higher rates of police violence directed at African Americans. It should not be necessary to state the following, but it is also no shock to know that it is still necessary to say that such rates are not the general state of all African Americans. The issue is disproportionate and for that we must look to policy and its roots — this is why Africana Studies at Barnard offers the course “Poor in America” that introduces students to the assumptions and presumptions that frame various policies governing groups who have been minoritized, including African Americans.

We are in a time of conflict in which the call for a birth certificate has devolved into what it always was: a way of chanting “go back to where you came from.” Just as American slavery settled on the faces of Africans and their descendants, the accusation of illegitimacy has had to find its faces.

Some things have changed — in no small part because of more than a century of radical work toward liberation on the part of black subjects and their allies, who included Latinx and Asian American activists, as well as feminist and gender-expansive activists. However, other issues need to be brought into consideration alongside the history of slavery to understand the problems of racism in the U.S. today. Racial difference in the U.S. is also now complicated by the presence of generations of Africans who came here outside of slavery, and who may not have considered themselves ‘black,’ or that ‘blackness’ was a first point of identification. Racial difference is also challenged today by that fact white supremacists are now supported by international networks that extend beyond the U.S. and that change the dynamics within the country.

How can fiction incorporating the themes of slavery, the diaspora, and postcolonialism — which you write — assist with better understanding these complex historical forces?

Literary fiction is not real life, but it does imagine or, more precisely, reimagine lived experiences — ours and those of others — and history. But literature is not simply ideological warfare. It teaches us to use language differently, and, in doing so, it teaches us the possibility of resignifying and reordering the world.

As a writer who grew up under apartheid in South Africa, I understood that apartheid was an extension of Dutch and British colonialisms, which were in conversation with Portuguese colonialism in the region, alongside German colonialism in east and southwest Africa. Paradoxically, I benefited from libraries donated by the British Council (in Swaziland where I lived for a time) and the American Consul reading room (also in Swaziland). Both extended national and cultural values, but it was the way that many of us read what was available that mattered. I am thinking here of the ‘black-eyed squint’ in the subtitle of Ama Ata Aidoo’s Our Sister Killjoy. I share with other post- or anti-colonial writers of fiction and theory, as well as feminist and queer writers, the memory of needing to change my relationship to language or its claims upon people like me who were declared to be racially and sexually different from some “centered/primary” racial ideal. But writing from a minoritized position does not mean you represent it or can claim to give it voice. In my novel Unconfessed, I imagined a subject who was a victim of slavery and the racism that enacted it. But I am not that character, and my novel is not a representation of slavery or of its victims, [though] it is based in thorough research about slavery, which I came to understand differently, partly by thinking about it from the perspective of a character imagined in my writing.

How can Barnard effectively reckon with its legacy as an institution named for a slaveholder who was a staunch believer in slavery, even after the Civil War?

Frederick August Porter Barnard is our contemporary pedagogical challenge. A name like Barnard, which we say with such pride, has become ours, but it is also not ours. It is a name that the slaves owned by Barnard endured in the burden of their lived experiences. It is a name that founder Annie Nathan Meyer had to step behind as a woman. It is the name that was deemed better for the hall immediately inside Barnard’s main gates, rather than that of the German Jewish Jacob Schiffman, whose donation made the building possible.

Facing what is in a name is instructive in itself. In our case, it is instructive to observe the force and aura that a proper name accumulates. It seems to stand for itself and for the College. The College becomes the name; the name takes the College as its forward face. It speaks as if it sprang from itself, as if it was always there: Barnard College. But President Barnard was a man deeply imbricated in the mores of his time, and the forces of his time had rooted themselves in him. Even when he lent his name to a women’s college, he was exercising a prerogative that existed in the same continuum as the assumption of a manifest masculine destiny that claimed the right to own slaves and to dispossess indigenous people of their land. We cannot get rid of this history; we can only learn from it. So we must live with this name, and we must make it a provocation to pedagogy.

We can also attend to how we think of Frederick August Porter Barnard. Do we only think of him as the slave owner? What else might we learn about him and his other actions as a man of his time? Turning to the intersections that converge in a name, Barnard, helps us move away from singular, flattened sloganeering that shouts at history without understanding the complexity that can escape our attention.