Break This Down: Redefining the Women of Caribbean Literature

For some time, professor Kaiama L. Glover had observed that interpretations of Caribbean literature and its characters are often too restrictive, with scholars working under the assumption that minority communities are monoliths who react as one identity to the world around them.

Enter the memorable female characters examined by Glover in her latest book, A Regarded Self: Caribbean Womanhood and the Ethics of Disorderly Being. Through her research, the Ann Whitney Olin Professor of French and Africana Studies — and recent New York Public Library Dorothy and Lewis B. Cullman Center for Scholars and Writers fellow — introduces a new method for reading the protagonists of acclaimed Caribbean authors like Marie Chauvet (Daughter of Haiti), Maryse Condé (I, Tituba, Black Witch of Salem), René Depestre (Hadriana in All My Dreams), Marlon James (The Book of Night Women), and Jamaica Kincaid (The Autobiography of My Mother).

These authors created characters capable of taking the radical approach of distancing themselves from their respective communities, using a self-regard so intense that it resembles narcissism — but one that Glover argues makes them singular. Their unusual and revolutionary breaks from a collective identity require them to pioneer new ways for appreciating, defining, and guarding the self. With each chapter, Glover reconsiders one of five unique characters and how they enacted a new definition of identity while practicing “the regarded self.”

In her “Break This Down” interview, Glover explains the influences and observations that spurred the creation of her latest book.

What drew you to choose this group of writers and their specific protagonists?

This project emerged very organically from my teaching. Over the many years I’ve been putting together syllabi for my Caribbean literature classes, it has become readily apparent that the texts I choose to come back to most often are those that feature a particular kind of woman protagonist at their center: self-telling protagonists who are decidedly difficult to fit under the label “heroine.” These are women who stand outside of communities with which they might be expected to align, women who refuse solidarity or refuse to behave in ways that would make solidarity possible. Ultimately, these are women who privilege their individual selves over the interests and desires of their communities, to greater and lesser extents and with varying degrees of success. In this respect, they issue, in ways I find exciting, a threat both to the fictional narrative orders that contain them and to the critical order latent within Caribbean literature. 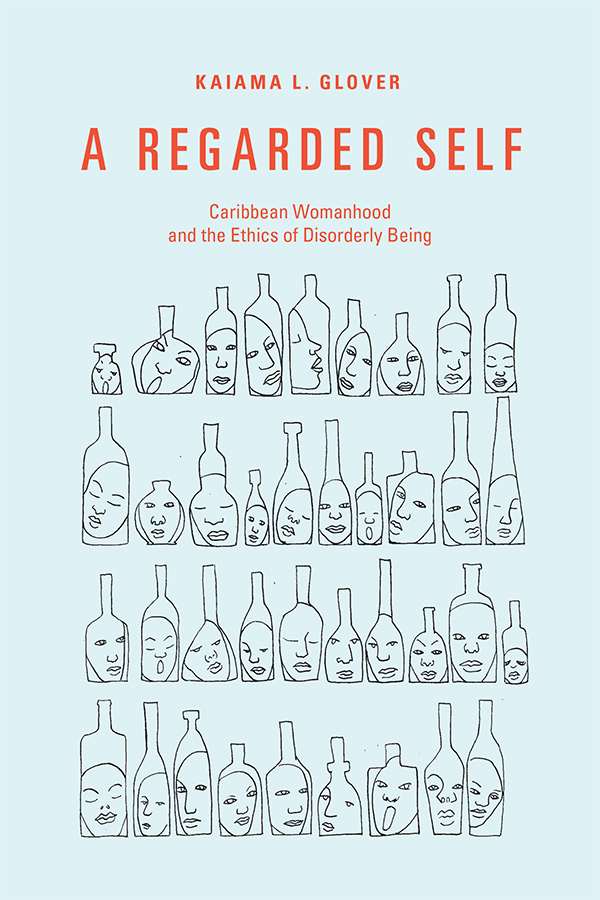 As you’ve observed readings of postcolonial Caribbean literature, what did you notice about assumptions that were being made about how to read texts by marginalized groups?

I have long been interested in the dynamic nature of centers and margins when it comes to literature and culture. More specifically, I’ve been interested in how centers form within marginal spaces, creating new parameters of inclusion and, consequently, of exclusion. Insofar as the marginal space of Caribbean literature — marginal with respect to the literary traditions and canons of imperial European nation-states — has identified community as a central tenet, the texts and the authors I grapple with in A Regarded Self are troublemakers. The Francophone and Anglophone Caribbean literary canon originates, on the one hand, in largely masculinist calls to highlight collective struggles toward nation-building, and, although in many ways born in contestation of that masculinist order, much Caribbean women’s writing and feminist scholarship has proposed maternal or sororal community as alternative for the feminine subject. To be clear, these are useful and nourishing spaces for the emergence of Caribbean subjectivity. What I wanted to attend to in this book, though, are subjects who exceed the communal frame — to consider works and characters who enjoin us to acknowledge that community necessarily, and very literally, has its limits.

How does “narcissism” become a healthy practice for these women as they make their controversial breaks from their communities?

Narcissism is, of course, a very tricky concept to work with — much less to advocate for. Narcissism makes people uncomfortable, especially these days, and especially when it attaches to women. Nonetheless, I found that by stripping narcissism down to Freud’s barest intent — and then getting Freud out of the picture as quickly as possible — the idea of self-protection made sense to me as a lens through which to understand and not immediately condemn these women’s behavior. It allowed me to think about individual pathology — narcissism being, very literally, a disorder — as a relative construct, defined by community. Considered in this light, it seemed to me that in these texts, narcissism indicated a potential path to freedom, a prism or perspective through which these women characters recognized the assaults of the outside world and were compelled to retreat inward in defiance.

You open the book with a list of self-love definitions, including a new one for Iké Udé’s term “the regarded self.” How is this book defining a new way to read these female characters?

A Regarded Self asks that we interrogate and ultimately resist our knee-jerk tendency to presume that self-interest is selfish in an ugly kind of way. By laying out all the connotative possibilities that reside within self-regard, and by thinking through all the ways “regard” signifies — what it means in terms of seeing, beholding, and holding oneself carefully — I hope to create some space for reading Caribbean women differently, more vigilantly. I am suggesting that we approach these protagonists in full awareness of our gendered and racialized expectations.

What do you think is important about reading and giving voice to radical Caribbean women?

Coming back to this question of centers and margins, I’d say that part of the work I mean to do in this book is that of centering Caribbean women as characters, as writers, and as theorists within the field of Black studies. Much as the cultural hegemony of the United States is a contemporary reality, U.S.-Afro-America tends to dominate understandings of global Blackness and Black feminism, to the point that Caribbean thinkers are often integrated into postcolonial or Af-Am studies contexts in ways that elide the geo-cultural specificity of the Caribbean region. A Regarded Self begins and ends with that Caribbean specificity. It calls for attentiveness to the broader provocations and truths that emerge from that idiosyncratic space.